Now that Scotland is almost just a lovely memory and we’re making the slow trek down south, it is tempting to think that it’s all over. Not at all. We have the beautiful Border country to drive through first to extend our Scottish idyll.

Some photos of the journey…

Not quite sure exactly where we were when we saw the scene above in the header photo, but probably in the wilds of Lanarkshire. We stopped hurriedly – had we really just seen an emu in a field with a load of gorgeous donkeys? In actual fact, not just one emu but two! 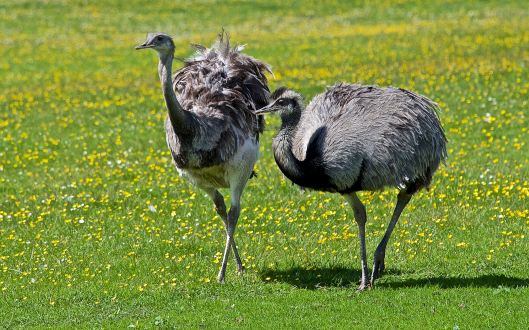 We imagine that the one on the left is the female.

We spotted an Scotland SPCA van in the yard so I guess it’s a rescue centre. Unexpected but fun!

This entrance looks interesting – Netherurd is an activity/conference centre apparently and is in Blyth Bridge, Peebleshire. 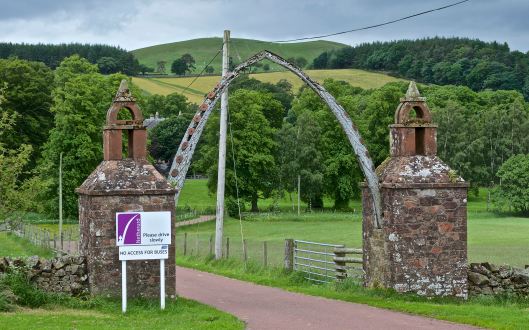 Some beautiful rolling hills and small stone bridges as we near Peebles. 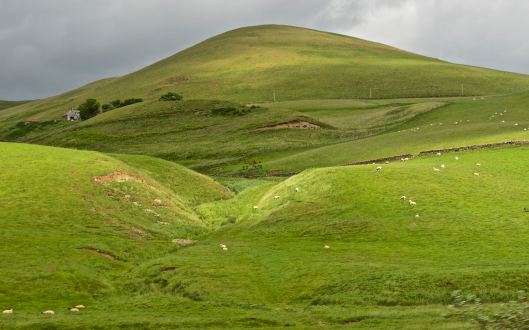 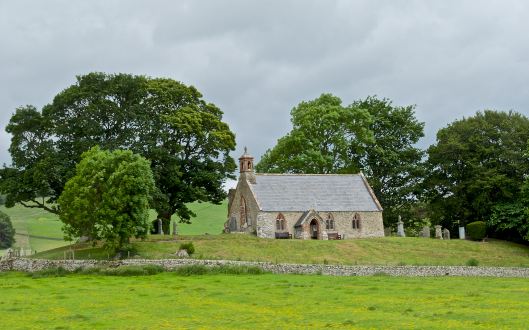 Neidpath Viaduct, sometimes known as the Queen’s Bridge, consists of eight stone skew arches and was built to carry the Symington to Peebles branch line of the Caledonian Railway over the River Tweed to the south-west of Neidpath Castle.

We stopped for lunch at Peebles – the big advantage of Bessie is that we can relax and eat in comfort whenever we feel like it. Never been to Peebles – attractive town but we were amazed to read that it no longer has a railway station.

We followed the River Tweed for some distance…

Floors Castle in Kelso appeared on the horizon…

… and we followed the Tweed through Coldstream, home of Peter’s ancestors in the 19th century…

… and finally crossed it at Coldstream into England! 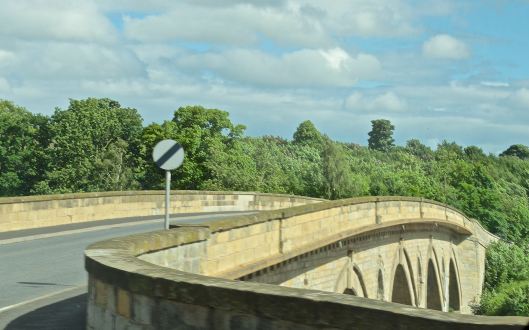 We finally found our home for the night in the wilds of Northumberland – Walkmill Farm.

A lovely place as you can see and home to a family of Grey Wagtails. How lucky is that?

Well, we started with the odd couple of Emus and their friends the donkeys and we end with……fanfare please……

A ferret on a lead! How camp is that?

8 thoughts on “Now for something completely different…”